The 567 Pitcher (and other cool stuff) with Paul Reddick 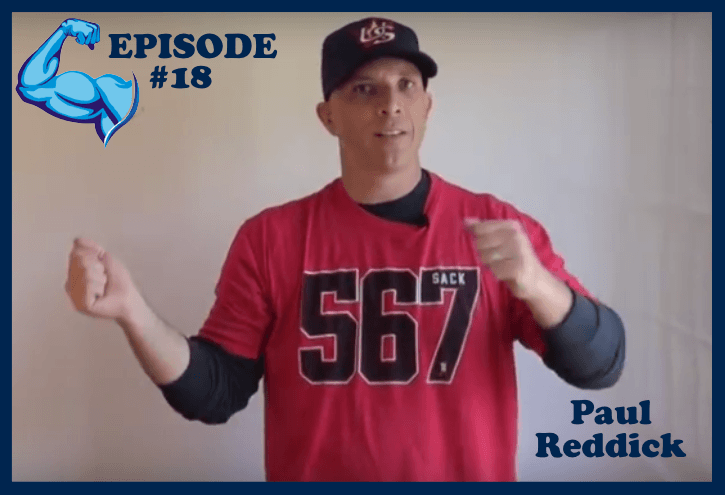 Listen on iTunes Listen on Sitcher I first heard Paul on a non-baseball related podcast.  I was impressed with what he was saying from a motivational standpoint, and the tactics he used to create this motivation; both in business and for those that he mentored in baseball.  I liked Paul’s intensity, and his passion–and I […]

About 2 months ago I ran a Live, paid webinar series on Pitching Elbow Pain: “How to Prevent Elbow Injury, relieve your pitching elbow pain, unlock your true potential, and dominate the game of baseball pitching.” This Live series was exclusive for Brent Pourciau and his 3X Pitching followers. Brent is a great guy with […]

How to Build Muscle Fast For Baseball

How To Build Muscle   I’m often asked this question, “How do I build muscle?” My response initially sounds very political, “Eat a balanced meal of proteins, carbohydrates, and vegetables (leafy greens if you can!),” trying to please everyone. The questioners are usually contempt with this answer, as I pause for a second then say, […]

Professional Training Secrets and Base Stealing Tips For Baseball Players. I can’t imagine what Rickey Henderson would have done, had he known these base stealing tips I’m about to share with you. In the bulk of my research to find what was already out there on base stealing, I ran into a lot of technical info […]

I’m an evidence guy.  Before I make a decision about sports training and rehabilitation I like to see scientific evidence on paper, which proves something. Lastly, I’ll rely on my own, and others experiences in the clinic and training facility.   Surprisingly, this topic isn’t easy to write about as there is no evidence that […]

Flexibility Shortages In Pitchers And How to Correct Them

Baseball Flexibility Exercises – Flexibility Shortages in Pitchers. The Big Ones: What I see all the time.   Glenohumeral (shoulder) Internal Rotation Deficit (GIRD)/posterior rotator cuff tightness This is the most popular. You will hear the GIRD acronym a lot playing America’s past time.  The deficit into internal rotation can come from three things: 1. […]

Strengthen your core! Do sit ups, low back extensions, plank until you pass out! WRONG! The core, or mid-section of your body is so super important that this topic cannot be glazed over; how to properly strengthen your core. The legs get the ball rolling, in a big way, at the on-set of a pitch. […]

Most baseball players, and pitchers would agree that you need to develop great power with your legs in order to throw harder and faster. This is true! Baseball researches have been saying this since at least the late 90’s. A study by MacWilliams’ in 19981 showed a very strong correlation between force produced by the […]

Should You Long Toss? An Experts Opinion

The Great Debate: To Long Toss or Not To Long Toss. Long toss is loved by many, and hated by many. Huge camps of people swear by long tossing, saying it makes their arm stronger, lengthens their arm muscles, and keeps their arm healthy. At the same time, there are coaches out there that would […]